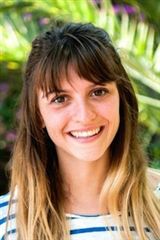 2018 Rising Star Award Winner
Master's in Political Science Student at Sciences Po Strasbourg
Bénédicte Charrier, this year’s Alumni Rising Star, perfectly embodies the international mindset we strive to instill in all our students. For the past 4 years of her young life, Bénédicte has been involved with the French non-profit Coexister, an interfaith organization that promotes diversity as a positive force in French society, and seeks to nurture meaningful links between different ethnic and religious communities in France. Watch the video about Bénédicte.

Bénédicte recently returned to France from a 7-month Worldwide Interfaith Tour with 3 other young French people, all of different faiths (Catholic, Jewish, Muslim, and Atheist). The trip, which spanned every continent except Antarctica, had the goal of exploring how other multi-religious societies live together peacefully, while also serving as an example of a diverse group of young French people cooperating and traveling together.

In December, Bénédicte’s group made a special stop at ISTP during the North American leg of their trip for a presentation to students about their travels and the lessons they have learned. Bénédicte was especially excited to return to her former school because she attributes her current passion for social activism directly to her experience at ISTP, which she attended from 2001–2004, from 1st through 3rd grade.
Bénédicte says, “ISTP has influenced me in such a positive way because it really made diversity something that was normal to me from a young age, having people from so many different backgrounds and hearing so many different languages at school. It was very different for me when I moved back to a small town in France after spending three very formative years here. At ISTP, no matter your race or background, we were all part of the same school, and we felt more like citizens of the world because we all had friends with families from so many different countries. That became a feeling or identity that I carried with me for the rest of my life. ISTP really nurtured that will to want to change things for the better, which I have been able to do with my work with Coexister.”

“The kids who come out of ISTP have a different perspective. They are in themselves a part of the solution to today’s issues. It is a huge strength to grow up in a multicultural, multilingual, international environment.”

After returning to France in February, Bénédicte is now embarking on yet another journey with her group – an Interfaith Tour de France, presenting about diversity at schools throughout the country. She is also currently a student at Sciences Po Strasbourg, where she is working towards a Master’s in Political Science.

We are so proud to see that Bénédicte has grown into a woman of outstanding passion and conviction, with an incredible drive to use her talents to make a positive impact. She is an outstanding example of the impact an ISTP education can make, and we are very glad to recognize her as this year’s Alumni Rising Star.
Back
INTERNATIONAL SCHOOL OF THE PENINSULA
Ecole internationale de la Péninsule
半島國際學校
151 Laura Lane, Palo Alto, California 94303
P: 650-251-8500 | istp@istp.org
©Copyright 2017 International School of the Peninsula. All Rights Reserved.